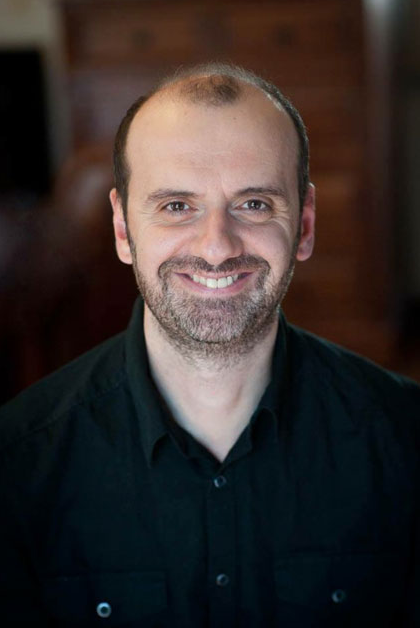 Research in my laboratory is focused on understanding the cellular and molecular mechanisms that regulate formation of the blood-brain barrier in the central nervous system ( CNS) and the mechanisms of barrier breakdown in a variety of CNS diseases such as stroke and autoimmune diseases having symptoms that include blood-brain barrier failure, using a variety of genetic, molecular, cellular and imaging approaches. We have developed novel mouse strains that allow us to visualize changes in structural components of the blood-brain barrier, namely tight junctions and caveolae, in living animals for several CNS diseases (e.g. stroke and multiple sclerosis) in order to understand the cellular mechanisms underlying barrier impairment in these neurological disorders. In addition, we are investigating the role of Wnt/β-catenin signaling in development of the CNS vasculature and formation of the blood-brain barrier, and we are exploring the role of this pathway in repairing the barrier in diseases where its function is compromised (e.g. stroke and autoimmune disorders). Finally, we are investigating the mechanisms of immune cells entry into the CNS in a novel animal model for a neuropsychiatric disorder caused by multiple Streptococcus pyogenes infections, in order to understand how immune cells induce neurovascular, synaptic and behavioral deficits in the brain.

July 2016 International OCD Foundation Conference, 2016. Session: “PANDAS/PANS – From Bedside to Bench and Back”. “Cell-mediated mechanisms of autoimmunity in an animal model for PANDAS.” Chicago, IL. USA.

Sept. 2015 European 2015 PANDAS Conference. “The role of Th17 cells in Blood-Brain Barrier Destruction and Neuropathology in An Animal Model for PANDAS.” Como, Italy.

Course Instructor for the Lecture: “Mechanisms of Blood-Brain Barrier Dysfunction in Neurological Disorders". Course: Biology of Neurologic and Psychiatric Disorders

2006 Doctoral dissertation with distinction in Genetics and Development, Columbia University.

Platt M., Agalliu D. and Cutforth T (2017). Hello from the other side: How autoantibodies circumvent the blood-brain barrier in autoimmune encephalitis. Frontiers in Immunology https://doi.org/10.3389/fimmu.2017.00442.

Agalliu D and Schieren I (2009). Heterogeneity in the developmental potential of motor neuron progenitors revealed by clonal analysis of single cells in vitro. Neural Development 4: 2.