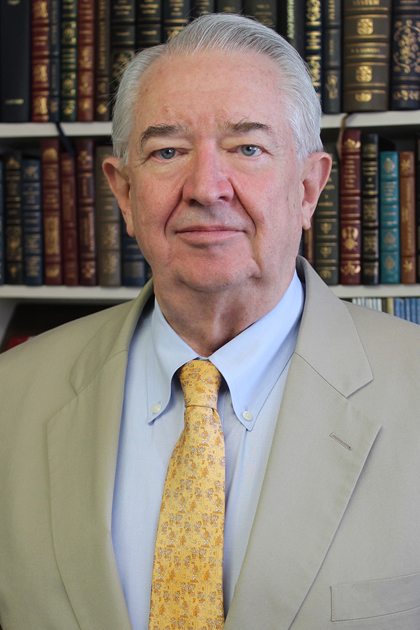 Dr. Pedley is the Henry and Lucy Moses Professor of Neurology at Columbia University's College of Physicians and Surgeons and Attending Neurologist at the Neurological Institute of New York at Columbia University Medical Center. From 1998-2011 he served as Chair of the Department of Neurology and as Neurologist-in-Chief at Columbia University Medical Center. Dr. Pedley received his BA degree from Pomona College and his MD degree cum laude from Yale University. He trained in neurology at Stanford University and obtained additional experience in child neurology at the University of Colorado, after which he completed postdoctoral fellowships in cellular neurophysiology and in clinical EEG/epilepsy, both at Stanford. He was on the faculty of Stanford University from 1975-1978, and then spent a year as Visiting Research Fellow in London at the Institute of Psychiatry and King’s College Hospital before joining the Faculty of Medicine at Columbia University’s College of Physicians and Surgeons in 1979. Dr. Pedley is an international authority on epilepsy and clinical neurophysiology, and he has made both laboratory and clinical contributions to the field. He served as Editor-in-Chief of Epilepsia, the journal of the International League Against Epilepsy, from 1994-2002. He was also on the editorial boards of Electroencephalography and Clinical Neurophysiology, Journal of Clinical Neurophysiology and Nature Reviews Neurology. He served as Editor-in-Chief for neurology and epilepsy for UpToDate, the electronic medical textbook, from 2005-2018. Dr. Pedley has also edited several standard textbooks on epilepsy, EEG and clinical neurophysiology, and neurology. He has received the highest awards from the International League Against Epilepsy and the International Bureau for Epilepsy (Ambassador for Epilepsy Award, 1995), the American Neurological Association (F.E. Bennett Award, 1996), the American Academy of Neurology (H. Houston Merritt Award, 1999), the American Clinical Neurophysiology Society (Pierre Gloor Award, 2002), and the American Epilepsy Society (William G. Lennox Award, (2006). Dr. Pedley has served as President of major neurological professional organizations, including the American Academy of Neurology (2013-2015), the American Neurological Association (2007-2009), the American Epilepsy Society (1991-1992), the American Clinical Neurophysiology Society (1989-90), and the Epilepsy Foundation (1991-1993), where he was later also Chairman of the Board of Directors. He was a member of the National Advisory Neurological Disorders and Stroke Council of the NINDS/NIH from 2007-2011. Dr. Pedley recently completed service as Chairman of the Board of Trustees of Bassett Medical Center and also as Chairman of the Board of Directors of the Bassett Healthcare Network, a Columbia University affiliate based in Cooperstown, New York. He is a Fellow of the American Association for the Advancement of Science, and he was elected to the National Academy of Medicine (formerly Institute of Medicine) of the National Academies in 2007. Dr. Pedley is married to Dr. Barbara Koppel who is Professor of Clinical Neurology at New York Medical College, and Chief of Neurology at Metropolitan Hospital in New York City. They have two children: Lauren, an attorney, and Nathaniel, a physician.