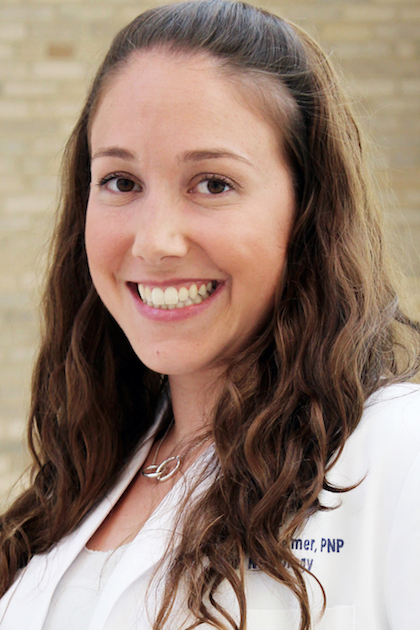 Jessica Oppenheimer is a pediatric nurse practitioner in the Division of Child Neurology. Currently, in collaboration with attending physicians, she manages pediatric patients with headache disorders and concussion in the outpatient setting, as well as neurodevelopmental disorders such as autism, learning disabilities, and attention-deficit-hyperactivity disorder. She graduated from New York University where she obtained her Bachelor’s degree in Nursing, followed by a Master’s degree in Pediatric Nursing. She started her nursing career as a registered nurse on the Pediatric Cardiology-Neurology Unit at the NewYork-Presbyterian Morgan Stanley Children's Hospital where she worked from 2007 to 2011, before moving on to work as a Pediatric Nurse Practitioner at Blythedale Children’s Hospital on the Pediatric/Adolescent and Traumatic Brain Injury Units. In December 2014, she transitioned to her current role in Child Neurology. In addition to her clinical work, she is actively involved in pediatric headache research.

This provider does not accept new patients